After 5 months of being in England I am finally back in Portugal! Here are a couple of random photos that I took whilst waiting to board the plane at Gatwick: 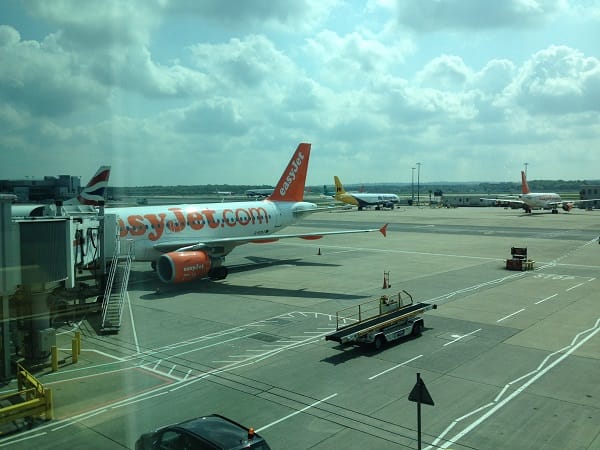 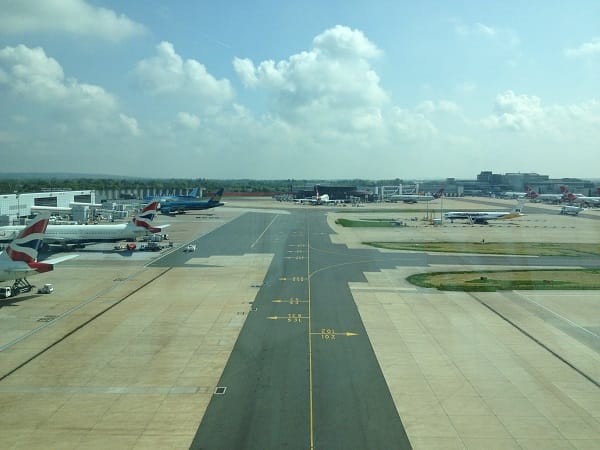 Once we arrived back at the village we took the dogs out of the car (my parents don’t like to leave them at home for too long) and walked them around the woods before walking up the road to the house. We bumped into three of our neighbours, one of them told us that she was planting feijões (beans), the other had a basket of half-grown tomato plants that they were planting and the other told us that had an abundance of alfaces (lettuces) and cebolas (onions) and ran into the house to get a plastic bag and proceeded to uproot them and hand them to us. This is what we ended up with:

Mmm! Once again I found myself wishing that I lived here permanently :)

I’m only here for about 10 days, so I’ve put a to-do list of things I would like to achieve:

– Uncover the pool after the winter, clean it and shock it with tons of chemicals to get it back up and running.  It will take a few days for it to be swimmable so the sooner we do this the better.

– Construct an insect hotel. This is something that I’ve been wanting to create for a while and mum and dad have been collecting twigs and pine cones in the forest to help with this. We also have an abundance of bamboo sticks that we can cut down to size as well.

– Make a recycled bird feeder or two. This won’t take long as I’ve already got the plastic bottle and the bird feed. We have some amazing birds in the garden that might need an extra source of food and they’re generally very pleasant to watch. We have so many different birds that come into our garden: sparrows, house martins, swallows, blue jays, robins, great and blue tits, green finches, chaffinches, wrens, and a couple of black redstarts nesting in the well. We’ve also got a hoopoe that sits on a telegraph pole outside that we’d like to encourage in as well and a scops owl that spends time in the garden at night (keeping us all awake). Sometimes a red kite that flies over but it’s more interested in the pigeons than our garden.

– Fix the atrium roof. We have about three leaks in the roof that have been there since we moved in. Mum won’t let Dad climb up there by himself but apparently she doesn’t mind if I do! It’ll probably take all day to fix it because it needs completely relining.

– Repair the bread oven and place gravel into the BBQ area. This might be worth saving for the summer because it’s such a large task. The roof of the bread oven has collapsed and the whole thing needs replacing.

– Visit the garden centre. I’d like to plant some tomatoes (already half- grown) and put them in the outdoor living space. I’ve grown tomatoes before and they mostly do their own little thing and don’t need too much loving.

– Lastly, to have fun and get a tan! We’ve got some family friends coming over for lunch one day and we’re also planning on eating out one evening as well. I’m also going to do some baking and share some cakes with our neighbours because I missed spending Easter with them (and it’s a big deal over here, as I already wrote about!).

Today is only day one and I’ve already made some orange juice, made a make-shift bird feeder and started on the insect hotel. I’ll write about the orange tree soon because it was a fun experience, but maybe I should slow down a little!