by Laura
Apartment My Home in Portugal
4 comments
5 shares 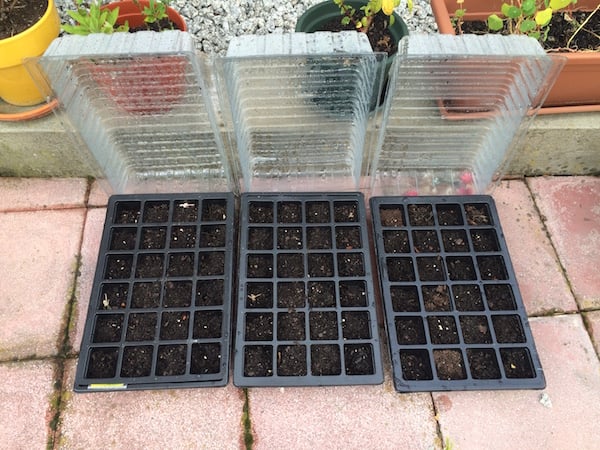 My parents arrived in Portugal a couple of weeks ago and have since been tidying up the house after a long and wet winter. It will take many weeks just before the house feels straight and homely again but we’re making great progress every day. So where are things at?

Algae has grown on the walls all the way around, so we will need to clear that off, spray some aqua block on (this just seals the wall) and then repaint them white. That’s a job for a couple of nice dry days. 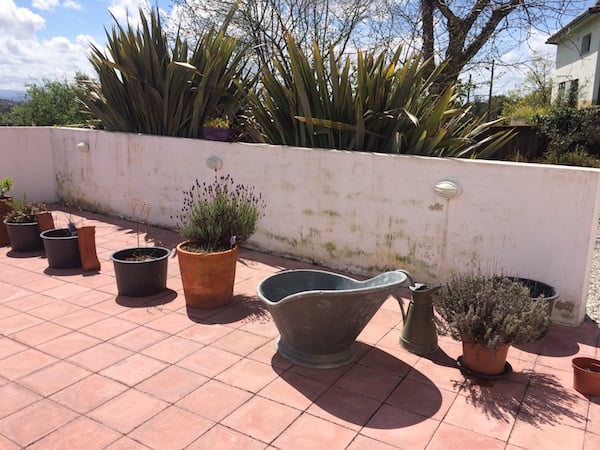 The seeds from the flowers in the hanging baskets above have sprouted up in all sorts of odd places. We haven’t the heart to pull up the poppies in the bottom left of the picture below. They have also started to spread out across the flags and mingled in with the wild flowers but they’re allowed to stay. 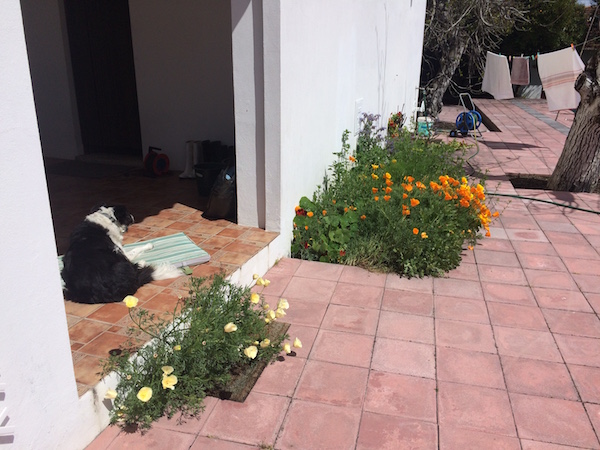 In the meantime, mum has planted some seeds in her propagators but has completely forgotten what was what. I guess it’ll be a surprise! I’m so going to get in trouble for taking the lids off when she reads this post.

The jasmine plant is in full bloom and is really weighing down the bamboo frame, so we’ll need to build up some reinforcements there – if only we hadn’t given away all our bamboo!

The weather has been thundery and it has been raining like the clappers. We’ve got a leak in the atrium tin roof and I’ve been given the lovely job of climbing onto the roof and fixing it. My only request is that the rain, thunder and lightning ideally stops before I do that. 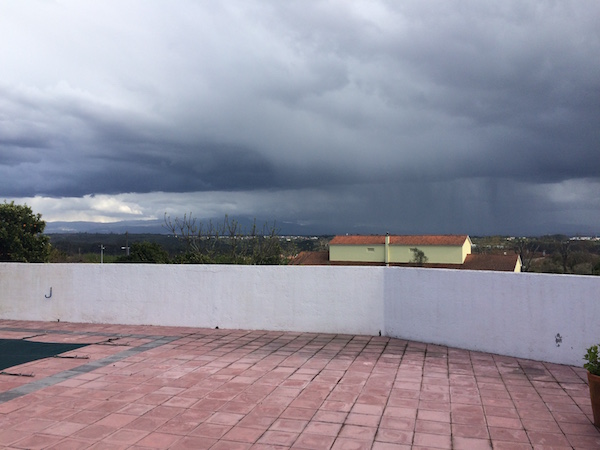 We’ve made a running start with the new kitchen in the apartment. The steel frame is up but it still needs to be adjusted for the window and other bits and bobs. We’re making great headway with the plaster boarding too. The only issue is that we’ve decided to scrap the original kitchen design and start again, but it is best to do that in the early stages rather than later! 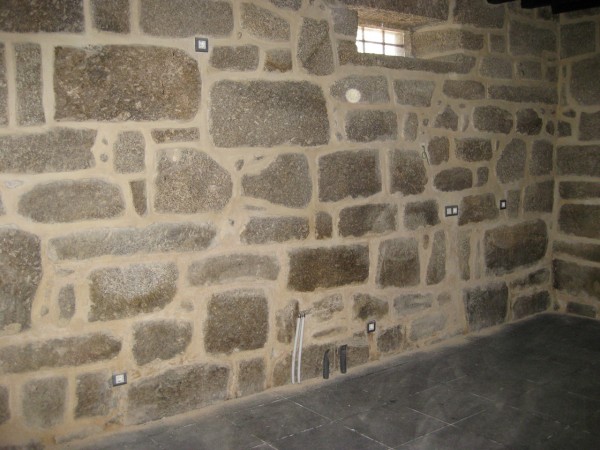 This is with the steel frame up (still in progress!): 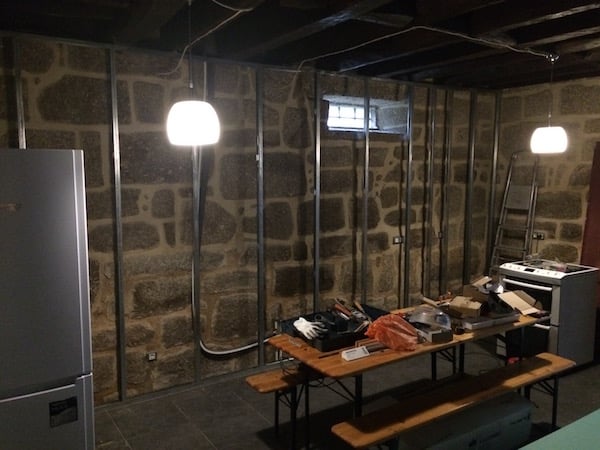 And here’s the first bit of plasterboard up. It is blue/green because it’s waterproof but it will be painted white. Very much a work in progress, of course! 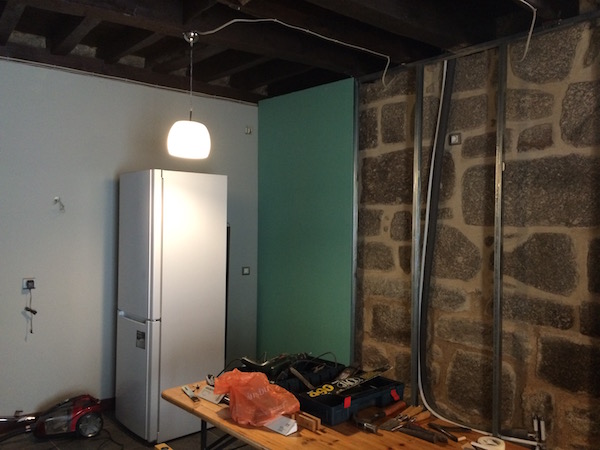 And I’m about to be sent off into the loft space to route some cables for the kitchen appliances! 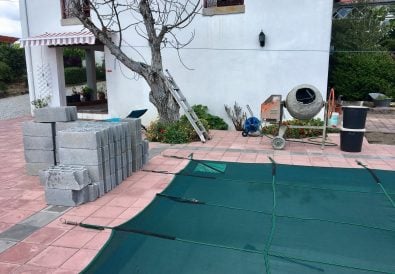 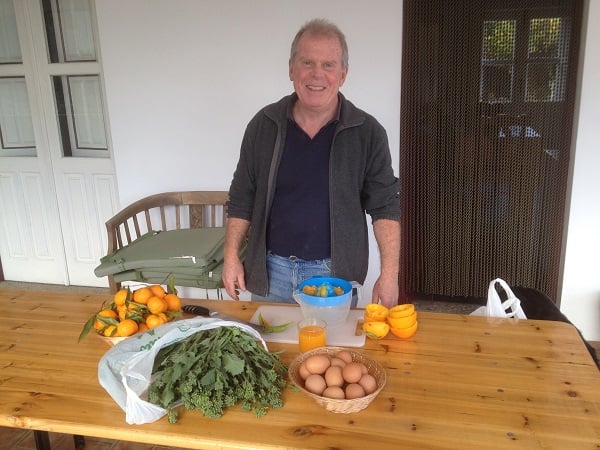 Our friends in the village know that we’re back 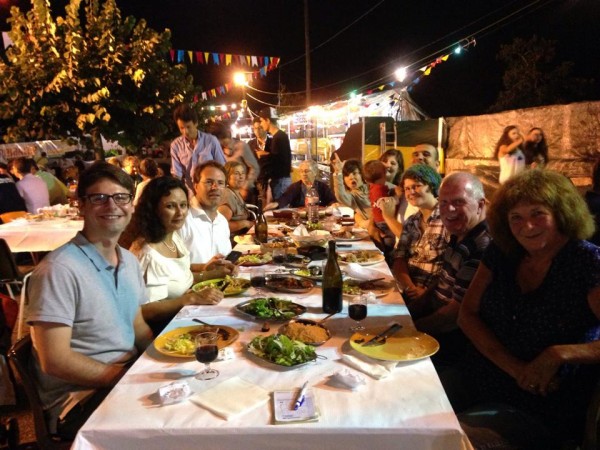 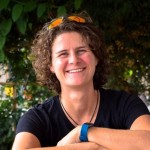 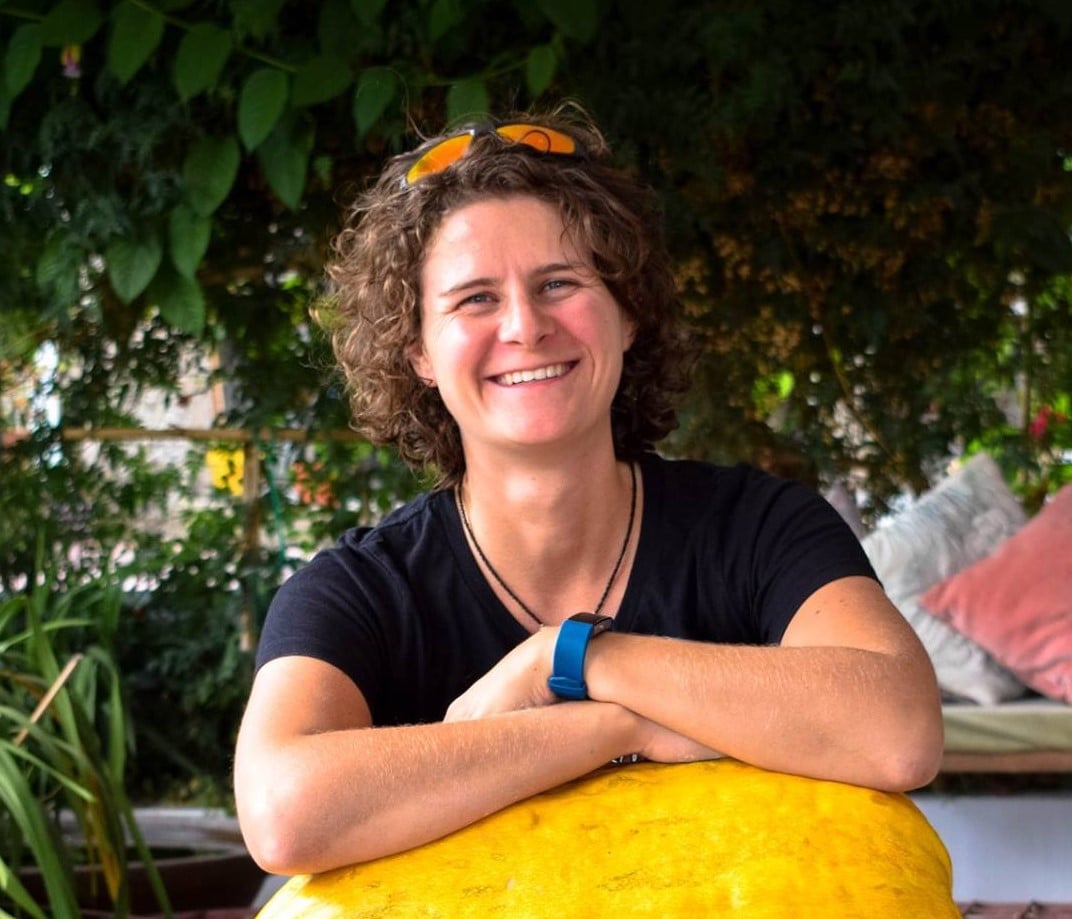 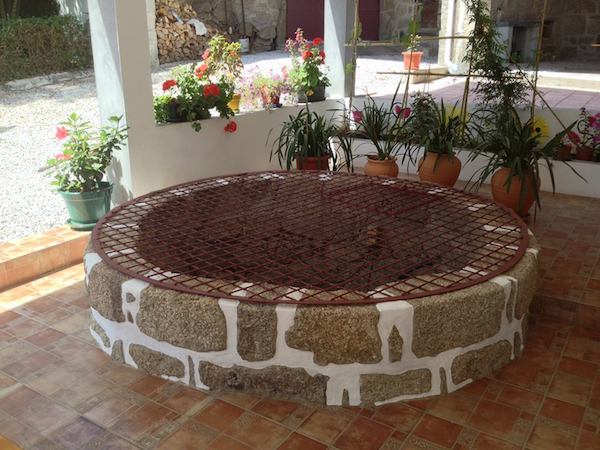 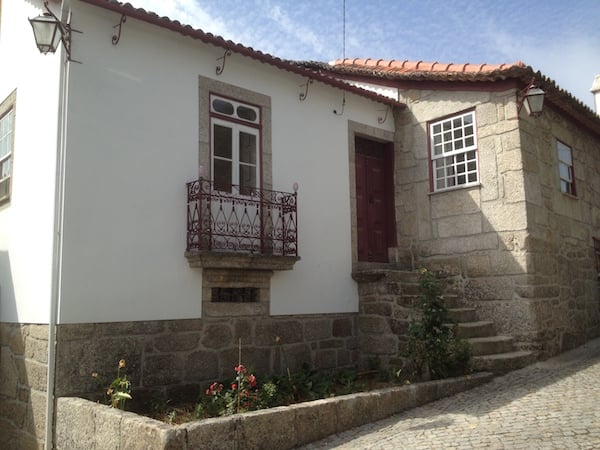 Apartment Jobs Around The House
03
Projects 2015: The Apartment
by Laura
CONTINUE READING 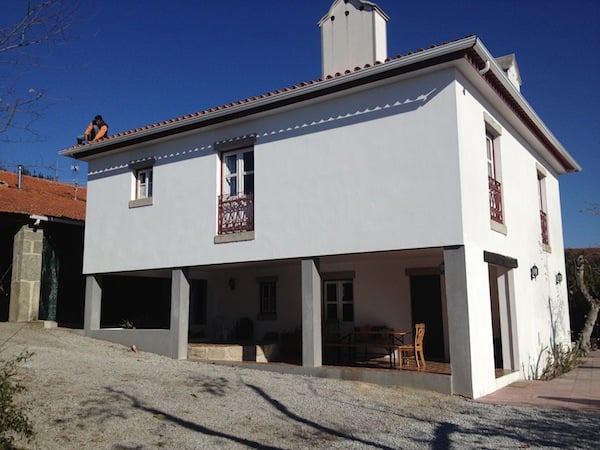 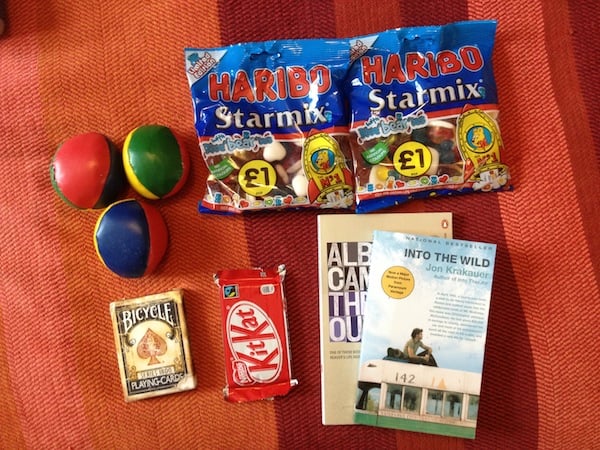 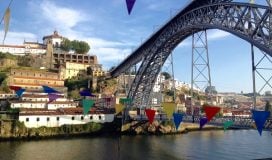 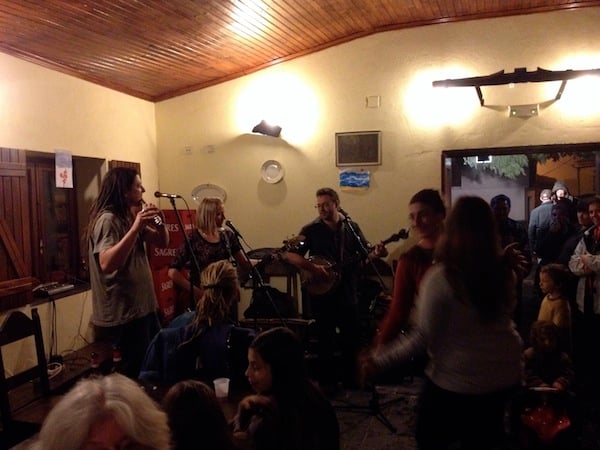 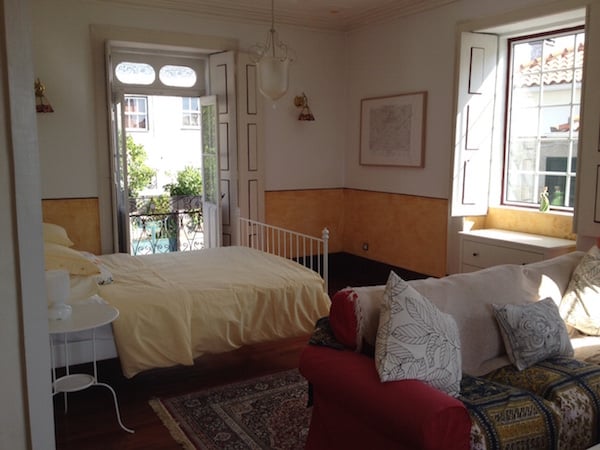 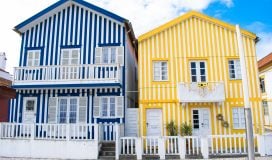 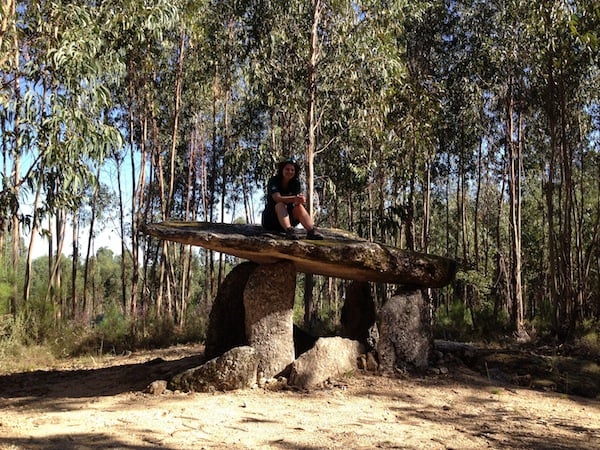 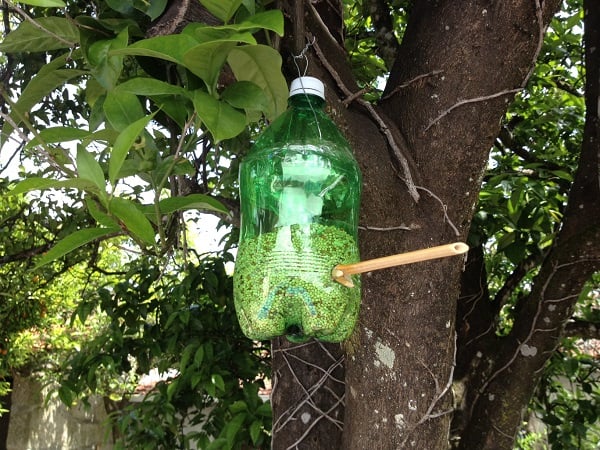 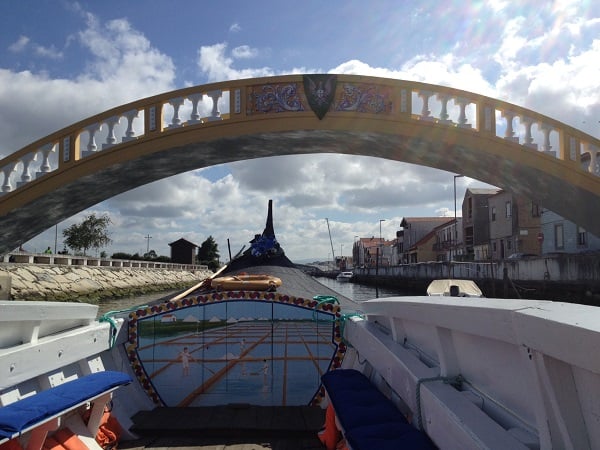 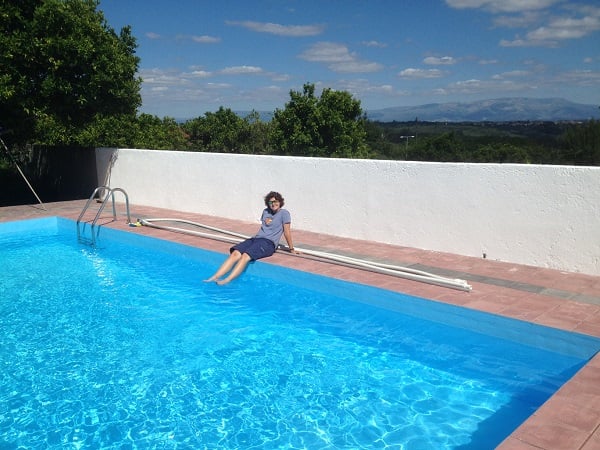 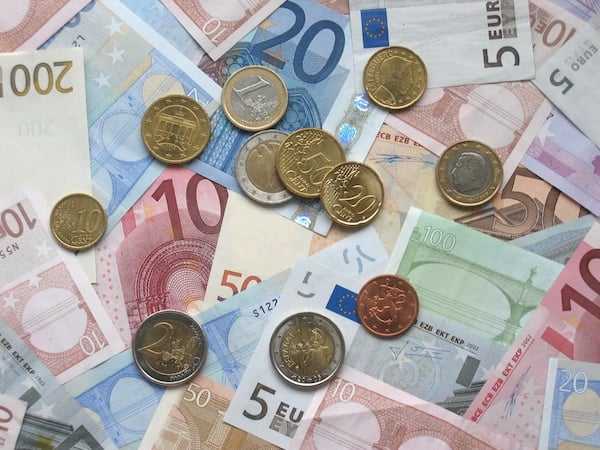