When I was in Africa, I saw…

I’m sure you would all rather be reading about Portugal right now but I have so many Africa stories to tell and a ridiculous amount of animal photos to share (I’ll only share the best!)! Before we begin: 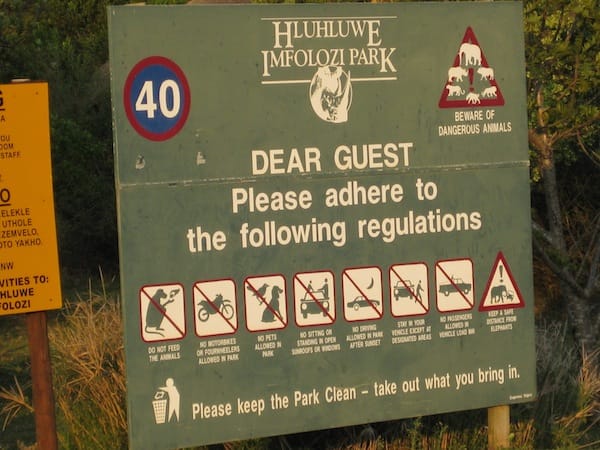 We went through several reserves and in every reserve there were signs like this, unsurprisingly. My favourite signs said to give way to dung beetles and another one said to give way to hippos (in the previous year two hippos had been killed by vehicles travelling too fast!). Needless to say, we were driving too fast for me to take a photo of those ones. 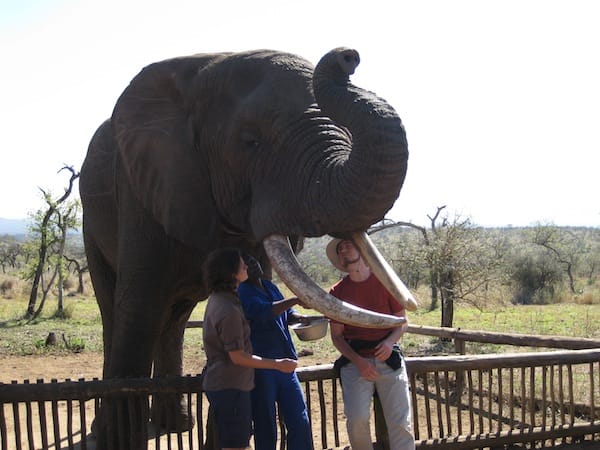 Meet Rambo the African Elephant! Rambo is not a tame elephants (they don’t exist), he’s just clever enough to know that if he can put up with a few humans pawing at him then he’ll get about 300kg of food a day. We saw a LOT of elephants over the three weeks that we were out there and I think Rambo must’ve been the biggest. I have a new found respect for elephants; they are very gentle and emotional creatures but if one doesn’t like you, you’ve had it.

*Always* give way to wild animals.

Giraffes are so so inquisitive. I asked every guide we had what their favourite animal was and every one said that it was a giraffe. They said that this is because giraffes are the one big animal that has no enemies. I’m pretty sure I’ve seen a lion try to take down a giraffe on a nature documentary but I’ll let that one slip.

This is a young giraffe. When a giraffe becomes an adult you can distinguish between males and females by their ‘horns’, if the obvious tell-tale signs aren’t ‘obvious’. A male will not have tuffs of hair on their horns but a female will, this is because the males will fight each other with their horns and the hair will eventually wear away.

This was as close to a white rhino I got on foot. When this photo was taken, I was exceptionally conscious of the fact that this rhino was sizing us up. Before we left the campsite our guide, called Africa, gave us a little talk about how female rhinos with a baby calf are particularly dangerous as they are more likely to charge so to defend their young. So here we are, with a female rhino with calf and Africa is like ‘go ahead and take photos, I’ve got a stick so we’ll be fine, yeh.’ Thanks for the reassurance, Africa!

This was also a very interesting moment on a different day. We spotted two rhinos, so the guide pulled up and we all jumped out of the safari vehicles and walked a bit closer to the rhinos. In the meantime, they circled us and decided to graze between us and our means of escape. One girl who was in our group was petrified, especially since our guide instructed us to all hide behind trees (rhinos have poor eyesight). Again, the guide, this one called Napoleon, had his stick at-the-ready, so we were all safe.

The king of the jungle! We were so lucky to see a lion! They are nocturnal and so will find a nice tucked away spot to sleep for the day. During our first night camping in Swaziland we were all woken up by lions roaring and they sounded like they were a stone’s throw away from the campsite. To make things freakier, my tent was closest to the reserve where the lions were and I slept closest to the door. Wahh! Fortunately, the day after we went on a safari drive and were reassured by how much electric fencing separates us. But we were still woken up by lions every night that we were there, which was incredible.

Here are some other animals I saw:

PrevPrevious PostBack to reality!
Next PostLunch with the Fidalgo FamilyNext